What a delight it was to surpass my Goodreads 2016 Reading Challenge. My goal was to read 75 books and, with a few days remaining before December 31, I’ve finished 82 and hope to be able to squeeze another couple of titles in before the end of the year. I’ve encountered some excellent books in 2016, and I’d like to share my favourites here with you. 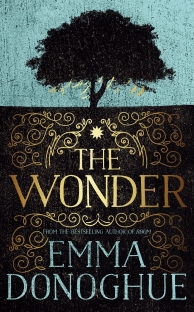 The Wonder, by Emma Donoghue.

On the Blue Train, by Kristel Thornell. 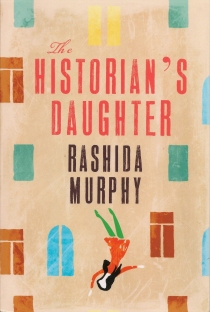 The Historian’s Daughter, by Rashida Murphy.

Despite an epilogue that tied things up a little too neatly for my liking, Emma Donoghue’s The Wonder, was one of several books that prompted a five-star review from me this year. It is set in an Irish village rife with superstition and religious fervour, where an 11-year-old girl retains a tenuous hold on life despite apparently fasting for four months. A Catholic nun and an English nurse trained by Florence Nightingale commence a constant vigil, to try to determine whether the girl’s survival is a miracle. This story had me hooked from the first page and held me in its grip until its dramatic conclusion. It also had me pondering some big issues, including the positive and negative potential of faith, and how far an individual may go to try to please the people they love.

My familiarity with Agatha Christie’s body of work has been gained through films and TV series rather than through reading her books, but I was immediately drawn to On the Blue Train, by US-based Australian author Kristel Thornell. It’s an imagined account of the real-life mystery that surrounded Christie when she went missing for 11 days in 1926, after learning about the infidelity of her husband and while experiencing severe writer’s block. Reading Thornell’s story is like taking a step back in time and observing the possible motivations and events of Christie’s escape from reality.

Perth-based Rashida Murphy impressed me greatly with her debut novel The Historian’s Daughter, written as part of a PhD. Set in India, Iran and Perth, this study of family relationships, secrets and betrayal is harrowing at times, yet ultimately hopeful. Murphy’s prose is lyrical and evocative, and deserves to be savoured. 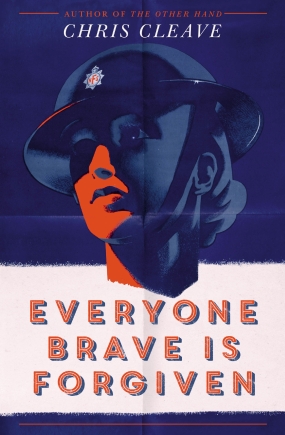 Everyone Brave is Forgiven by Chris Cleave.

I read Everyone Brave is Forgiven, by Chris Cleave, after seeing a post about it on a friend’s Facebook page, and I remain haunted by its unique perspective on elements of World War II, including the bombing of London and the siege of Malta. Peopled with flawed yet fascinating characters I came to care for, the beauty of this book remains with me months after I finished it. I also read Cleave’s darkly compelling take on the effects of terrorism, Incendiary, in one sitting – original, devastating and timely, this is a powerful statement about contemporary life, loss and grief.

I’ve heard a lot of people talk about the quality of Colm Toibin’s writing, so this year I decided I’d take a look at his highly regarded novel Brooklyn – and I wasn’t disappointed. This is gentle, subtle, character-driven storytelling, and I cherished every page.

Tiny Beautiful Things: Advice on Love and Life from Dear Sugar, by Cheryl Strayed, also took me to some dark places, yet was ultimately uplifting and inspiring. This series of letters originally published as an online column for The Rumpus had me laughing out loud one moment, then reaching for a tissue the next. Strayed’s warmth, wit, wisdom and compassion as Dear Sugar also led me to read Wild: From Lost to Found on the Pacific Crest Trail, the inspiring and highly entertaining account of her journey of self-discovery, which Reese Witherspoon adapted into a feature film.

Small Things, by Mel Tregonning, is a posthumously published, large-format graphic novel that left me sobbing and bereft. Through stark, devastating monochromatic images without words, Tregonning confronts us with the reality of the “personal demons” so many people carry around within them – whether in the form of anxiety, depression, loneliness, low self-esteem or a sense of helplessness and hopelessness.

This is a vitally important book, as it has the potential to start conversations that might literally save lives.

For many years, I’ve been a consumer of writing guide books and references, and this year while continuing that trend I encountered a guide that had an immediate and positive impact on my writing life. Something about Catherine Deveny’s unorthodox, no-holds-barred approach struck a chord with me, and I am incredibly grateful to the friend who recommended Use Your Words: A Myth-Busting, No-Fear Approach to Writing. I’ve written more fiction since I finished reading Deveny’s book than I had written in the previous two years, and I’m confident I will continue to follow her advice and tips in 2017 and beyond. I’m no longer content to be a “gunna”.

Another book about writing that inspired – and delighted – me in 2016 is an anthology compiled by my good friends at Serenity Press. Writing the Dream is a collection of personal essays by writers describing aspects of their individual journeys toward publication. It has some big-name contributors, and others whose names I’m confident will become very well known in the future.

Finally, I felt incredibly proud in 2016 when a non-fiction story I wrote was published in an anthology called Let’s Face It, which aims to promote positive outcomes for people living with mental illness. My story is about how I learnt to manage the anxiety I experienced following the sudden death of an acquaintance. Stories by others reveal what it’s like to live with conditions such as post-traumatic stress disorder, bipolar disorder, depression, schizophrenia or borderline personality disorder. The anthology was part of a project through Rockingham Writers Centre, using funding from Act Belong Commit.

So, for 2017, I’ve already got a long list of books I want to read – and there will be more to add as and when they are released – but I’m also planning to devote more time to my own fiction writing. One of my creative goals for the year will be to complete a full draft of my first novel. I’ll also be further developing my website and blog, and will continue to interview authors and review books throughout the year. I can’t wait!

What were some of your favourite books in 2016? And what are you looking forward to reading in 2017?