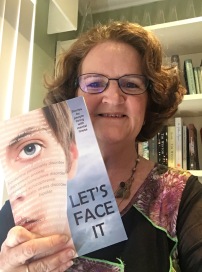 On the last day of second term in 2007, the mother of one of the girls in my daughter’s Year 4 group dropped her children at school. It was the last time they saw her alive. She drove about five minutes to her home, where she collapsed and died from a previously undiagnosed cardiac condition. This kind and considerate wife and mother had no warning that her life would be cut short, and her sudden death shocked and devastated all who knew her. In me, it triggered an acute level of anxiety that was unprecedented, overwhelming and debilitating, and which continued to have a profound impact on my everyday life for a number of years after her death.

The story of my journey toward recovery from mental illness is one that might be described as ‘ordinary’. Anxiety is, according to the experts at beyondblue.org.au, the most common mental health condition in Australia. On average, one in four people–that’s one in three women, and one in five men–will experience anxiety. The condition comes in many different forms, each with a range of specific symptoms. In sharing my story, I hope to raise awareness of some of the ways in which this condition can have an impact on individuals. Perhaps somebody will recognise some of their own symptoms in those I describe–although, of course, every person’s experience of anxiety is unique and personal…

The above is an extract from an essay I wrote for an anthology of personal stories by people living with mental illness. The anthology, called Let’s Face It: Stories by People Living With Mental Illness, also features personal accounts by seven other people who have experienced or are continuing to experience some form of mental illness, including depression, bipolar disorder, post-traumatic stress disorder, borderline personality disorder, obsessive-compulsive disorder and more.

The anthology was published as part of a project undertaken by Friends of Rockingham Arts Community (FoRAC), through its associated groups, Rockingham Writers Centre and Rockingham Ceramics Studio. In addition to the anthology, the Let’s Face It project included an exhibition of more than 250 hand-crafted ceramic masks, all designed to promote positive outcomes and recovery from mental illness. 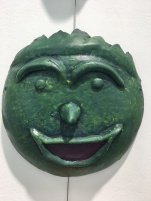 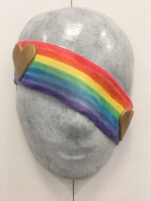 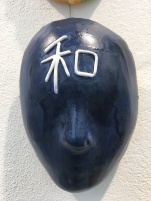 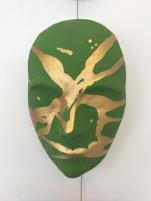 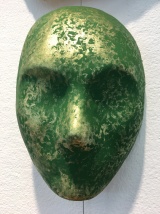 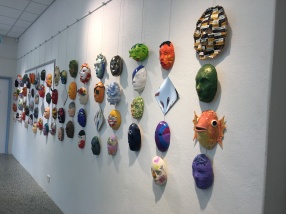 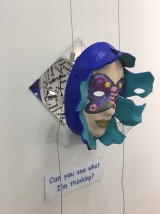 The entire project was the brainchild of FoRAC Manager Bec Thomas, who wanted to raise awareness of mental illness within the community in a positive way, and highlight the ways that being involved with community groups and organisations such as the Rockingham Writers Centre or the Rockingham Ceramics Studio can contribute positively to the mental health of individuals. Bec was teacher and mentor for the dozens of people who created the masks, and she enlisted the help of authors Teena Raffa-Mulligan and Claire Boston to act as mentors for the writers who contributed to the anthology. I was lucky to be able to proofread a version of the final document before its publication, and I could not have been prouder of my fellow contributors, who range from a 21-year-old university student to a published author in her seventies. Some contributors had never written anything for publication previously.

While my 30-plus years as a journalist and editor certainly came in handy while I was writing my story, I hadn’t written about such a personal subject before, and recalling the events that led to my anxiety attack in 2007 reminded me just how far I’ve come in learning to manage my mental health. These days, if I start to feel stressed or anxious, I know I have several techniques I can use to turn my thoughts around, including one of the most effective management techniques for me – physical exercise. I get out for a short run several times each week, usually with my boxer dog, and have participated in a number of fun runs, including two half-marathons. I’ve also been a regular yoga practitioner since the events of 2007 – although a shoulder injury has kept me from my yoga practice in recent months. I’m determined to start back again as soon as I can, as it has an enormous impact helping me to maintain a sense of calm contentment – with the bonus of strengthening my bones and muscles and helping me to tune into my thoughts and feelings. 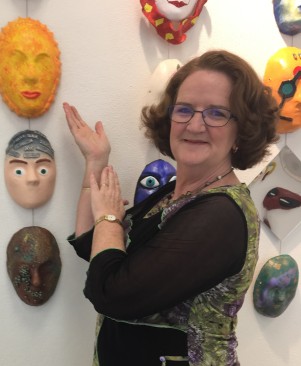 The Let’s Face It anthology and exhibition were funded by Act Belong Commit, with support from Healthway, Parkin Print and the City of Rockingham, and published by Rockingham-based independent publisher Serenity Press. The anthology and exhibition were launched on October 8, to mark the start of Mental Health Week here in Australia. The exhibition continues at Rockingham Arts Centre, 11 Kent Street, Rockingham from 9am-4pm daily, until October 16, 2016. Copies of the anthology are available by donation at the exhibition, or can be ordered here, through publisher Serenity Press. All profits from the sale of the book will help people living with mental illness to participate in art courses or workshops through FoRAC.

If you or someone you know is facing mental illness, this book may provide some valuable insights into the way these different conditions impact on the lives of individuals, their families and friends. In revealing the ways that the authors have learnt to accept and manage their particular conditions may also offer some hope to those affected by mental illness.