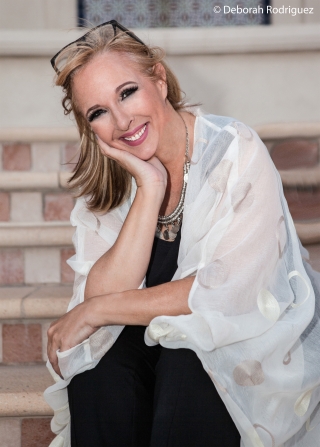 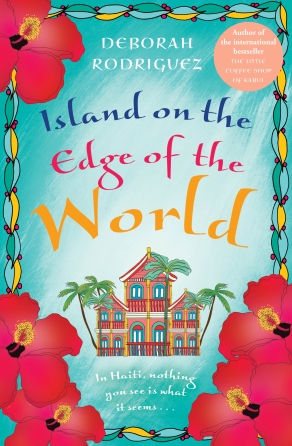 Island on the Edge of the World is a vibrant tale of female friendship and motherhood. Set in Haiti, four very different women work together to find a lost child and together they venture through the teeming, colourful streets of Port-au-Prince. They travel into the worlds of do-gooders doing more harm than good, Vodou practitioners, artists, activists, and everyday Haitian men and women determined to survive against all odds. For these four women, life will never be the same again . . .

The plight of the inhabitants of the island state of Haiti in the aftermath of the devastating 2010 earthquake forms the backdrop to the latest novel by international bestseller Deborah Rodriguez. Island on the Edge of the World is released this month in Australia by Penguin Books and is already generating immense interest among readers who loved Rodriguez’s previous books, including the enormously popular The Little Coffee Shop of Kabul, Return to the Little Coffee Shop of Kabul, and The House on Carnaval Street.

As part of a month-long blog tour to promote the novel, I had the opportunity to interview Deborah about how the book came to be written, the challenges facing Haiti’s population in the aftermath of the earthquake, and how some organisations are helping the rebuild the island nation, while others are adding to the damage wreaked by nature.

ME: What prompted your decision to set your latest novel in Haiti?

DR: My research partner had been hearing a lot about Haiti from her old college roommate, and that is when I realized that all I knew about Haiti was the earthquake and the cholera epidemic. I started doing some research into the country and culture, and it fascinated me. I loved the idea of setting a book in a country full of Vodou. What I didn’t realize was all the damage do-gooders were doing to that country, and many other poor countries around the world. Then I watched the eye-opening documentary, Poverty Inc, and knew a story about Haiti needed to be told.

ME: Please tell me a little bit about your research for the story. Did you manage to spend some time in Haiti?

DR: I spent two weeks in Haiti working with my research partner and her friend, who has been doing work in Haiti for more than 25 years. Before the trip, I read everything I could get my hands on about Haiti, about Vodou. I talked to Vodou priests and priestesses. I watched documentaries. A dear friend told me her story of an orphanage she was involved in, and how she, after some time, realized how corrupt it was. I was horrified. 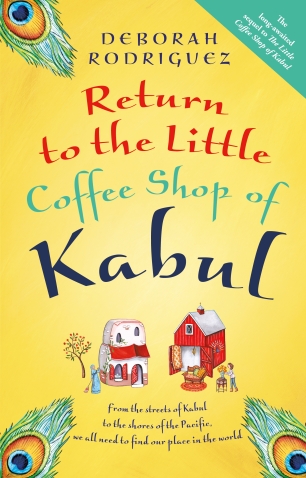 ME: The novel was, at times, brutally confronting in its honesty. Why was it important to you to ‘tell it like it is’?

DR: I was stunned by how much damage was being done by people trying to do good. Before working on this novel, I had no idea about the orphanage system and how it was such a lucrative business. I was shocked when I heard about the child-finders. What really hit home for me is that I am one of these do-gooders. I have always done humanitarian work, and would have been horrified to think that children were being trafficked, bought, sold, and that my donation or my “vacation with a purpose” put children at risk. This is a message that needs to be told, and needs to be heard. It is so important to help people and work with poor communities, but we need to do it responsibly and think with our heads, not just our hearts. We need to ask the people we are helping what they need, and make sure our efforts are not just ones that make us feel like we did something good. Us do-gooders need to make sure we actually do good.

ME: The female characters and their relationships with one another grow and evolve during the course of the story – in sometimes surprising ways. Why do you think readers are drawn to stories about female friendships and family relationships?

DR: It feels real. It could be you or me, or some of our friends. I have been a hairdresser all my life, I have heard countless stories of love and loss, good and bad relationships. The one common thread seems to be women sticking together. I know that is true for me. My family is so important to me, and we are very close-knit, but it is above all my girlfriends who will always come through for me. I think each and every woman can relate to female-driven books.

ME: Sections of the story relating to spiritualism and Vodou are particularly fascinating. Did your attitude towards these practices change during the writing process?

DR: I love the mystical side of life, and find researching this sort of thing so interesting. Vodou did surprise me. It was much more complicated than what I had envisioned. I think most of us picture Vodou dolls and pins, which isn’t even Haitian Vodou. I didn’t realize how deeply embedded it was in everyone’s life in Haiti. It’s a religion, a philosophy, a way of life, a code of ethics, all in one.

ME: What do you feel are the most significant issues facing the Haitian people nine years after the devastating 2010 earthquake?

DR: I am not an expert on Haiti, but it is pretty clear that nationwide corruption on multiple levels and decades of misruling governments have really disabled Haiti. People often think of Haiti before and after the earthquake. Haiti had its problems before the earthquake, and because of the earthquake, the world stopped and paid attention.
The big issue with Haiti is that people don’t have jobs. And if they do have a job, there is usually not enough in earnings to support a family. Then there is the rising cost of everything in Haiti. It’s just not enough for a family to live on and make sure their kids go to school. Everything costs money. It doesn’t matter if you are a poor nation, it still costs money to survive. One thing that really impacted me was the effect of donations of food and clothing. When an organization sends a shipping container of clothes and shoes, what happens? Haiti has clothing and shoes. It’s just that the people don’t have money to buy them. So when something is given away for free, who is affected? The market people who did not have a chance to sell a pair of shoes because someone donated 100 pairs. Now they can’t afford to take their child to the doctor and buy medicine, and that affects the owner of the pharmacy, and it just goes on and on. Haiti has had its troubles due to its own making, but it has not been without some help from many misguided acts of good.

ME: I came away from the book with conflicting ideas about whether help provided in the aftermath of the earthquake was actually more of a hindrance. What are your thoughts on this?

DR: The first thing that was happening with the money was the rescue, because the people were still in the rubble. Whole teams came in, and medical help was badly needed. A lot of people were giving very generously at that time, because Haiti was in the spotlight. Much of that money went to food, water, and medical care, and temporary housing. The United States brought in a hospital ship so people could go offshore for medical treatment. But the sad fact is that disaster can be a huge money-maker, for some. NGO’s and others moved in, and with little accountability, and no government oversight, many of the resources did not go where they were needed. People were grateful to have survived the earthquake, yet it was afterward that the real test began — surviving the relief effort.

ME: Your descriptions of the plight of orphan children is heartbreaking. Did your research uncover any effective efforts to help these innocent victims of such tragic circumstances?

DR: I am so glad you asked this question. During the research, I found an organization called Lumos, founded by J.K. Rowling. Its goal is family preservation and the elimination of orphanages. Orphanages can be a hotbed of human trafficking, and can be ripe for child abuse. Rowling is also involved with a new campaign encouraging young travellers to avoid “voluntourism.” You can read all about that here http://bit.ly/2JzZoid.

ME: While there is much sadness in the novel, it is ultimately a story about people rebuilding their lives. Do you feel optimistic about the future of Haiti and its inhabitants? If so, why?

DR: Although Haiti is a poor country, the people are resilient and strong, and will fight to move forward. I know they get tired of all the political corruption, and I do worry about Haiti. But they always appear to come through, even when everything collapses around them. I do hope for a government that is for all the people, and I believe right now Haiti is fighting for those rights. They may need some help, and that is okay. But they do not want is your pity.

ME: What can your readers do to help the Haitians, and people in other countries struggling in the aftermath of natural disaster, conflict or extreme poverty?

DR: First, do your research, and make sure you know a charity’s mission, and verify that it’s a nonprofit. I would then look into the charity’s spending ratio. When you are donating money, you want to make sure your money is actually going to the cause. I would also check their transparency and accountability practices. Ask to see their results. Most midsize or large charities have third party assessments to evaluate their efficiency and effectiveness. CharityNavigator.org is a good resource for tips to help guide you in your giving.

Most importantly, be very wary of any organization using children to draw you in. Children should not be used as bait. I have been involved much of my life with non-profits, and my personal favourites are those that help provide basic education, and those that teach people a trade. Education is the key to everything.