Her Mother’s Secret, the soon-to-be-released historical novel by Perth author Natasha Lester, is literally and figuratively a thing of beauty – and a joy to read.

Beginning in Sutton Veny, England, at the end of World War I, and moving to the bustling streets of Manhattan for a period spanning 20 years, Her Mother’s Secret chronicles the life of Leonora “Leo” East, the daughter of a village chemist, whose ambition is to create mascara, lipstick and other cosmetics to help women look and feel confident and beautiful.

At a time when many sections of society associate the wearing of makeup with prostitutes, actresses and “fast, loose” women, Leo dares to follow her dreams, even when her initial efforts to establish herself in the cosmetics business are stymied at every turn.

Leo’s passion for cosmetics is born while she works behind the counter of her father’s village chemist and apothecary during the Great War. Between helping customers with their medicinal needs, she begins experimenting with different ingredients to try to create mascara that will blacken lashes without running, and lipstick that will provide rich, lasting colour. She finds a clandestine market for her beauty products with the young army nurses stationed at training barracks in the village.

As the Armistice is called, Spanish Flu devastates the village, bringing with it personal tragedy for Leo. She makes the bold decision to join her friend Joan, an Australian nurse, and the flood of migrants seeking a better life and a chance for success in New York.

Leo agrees to travel to America as the companion of young socialite Mattie Monckton, but before embarking on the trans-Atlantic voyage she has a chance encounter with a compelling and handsome stranger, department store tycoon Everett Forsyth, to whom she is irresistibly drawn.

Twenty years later, Leo encounters Everett’s daughter Alice, whose ambitions are directed toward securing a place in a leading ballet company. The two women share a powerful connection that defies the limitations and boundaries set by Alice’s domineering, scheming mother.

Between those times, Leo devotes every ounce of her physical and creative energy toward fulfilling her goal of manufacturing and selling cosmetics, initially holding down two jobs to make ends meet and spending her limited leisure time improving her formulas, with the help of Jia, a young Chinese woman she befriends.

Leo finds another kindred spirit in artist and window dresser Lottie, and becomes embroiled in the life of wealthy businessman Benjamin Richier and his sister Faye, both of whom will have a significant influence on her success, and her future.

Like Natasha Lester’s best-selling 2016 historical novel A Kiss from Mr Fitzgerald – reissued for Valentine’s Day with a new cover – Her Mother’s Secret is meticulously researched and utterly compelling, drawing on the author’s experience working for cosmetics giant L’Oreal as the marketing manager for Maybelline in Australia. 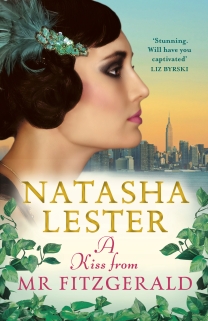 While there’s a love story at its heart, this is fundamentally the story of one young woman’s determined and unremitting efforts to make her mark on the world and succeed within a society that initially shuns her.

Lester’s precise, detailed descriptions of the glorious fashions of the period, and all the sights, sounds and scents of the New York streets between the wars, lend authenticity to Leo’s experiences and transport the reader to a bygone era when hopes were high and opportunities limitless.

As Leo examines the exclusive Fifth Avenue shop fronts, gazes to the tops of the towering skyscrapers, and walks through the doors of the Waldorf-Astoria hotel or Elizabeth Arden’s Red Door Salon, the reader stands beside her, sharing her sense of wonder, expectation and joy.

With Her Mother’s Secret, Lester has again written a novel that combines the rapid pace, captivating characters and hopeful ending that epitomise commercial fiction, with the scrupulous attention to detail, lyrical language and critical social commentary that typify literary works.

Her Mother’s Secret, by Natasha Lester, is published by Hachette Australia, and will be released on March 28. RRP Paperback $29.99; eBook $12.99. I received an advanced copy for review.

Watch out for a guest post from Natasha on my new blog, Shelf Awareness, to be launched later this week.

3 thoughts on “Her Mother’s Secret — Review”