I’m curious to know how a self-described misanthrope finds himself once again as guest curator of the prestigious Perth Festival Writers Week, which each year draws tens of thousands of visitors to the University of Western Australia and other satellite locations. I’m not sure that William Yeoman’s responses to my Shelf Aware interview questions provide a complete insight, but I nevertheless found them fascinating, and I’m confident you will too.

Will, also the Books Editor of The West Australian, has taken on the curator’s role for the second consecutive year and, as you’ll see from the inspiring program, has brought together some of the most compelling writers and artists currently making headlines and prompting debate among readers and scholars here in WA and further afield.

I’m also curious to know what sorts of books top the list of favourites for a Books Editor who is greatly respected and admired for the depth and breadth of his literary knowledge. No surprise to see some titles from the Western literary canon on his list, but you’ll also find a more recent ‘classic’ among those he’s listed.

To learn more about PFWW, and Will’s role in putting it all together, read on. And if you’re in Western Australia from February 22 to 24, I hope to see you there.

Q. William, how would you describe the work that you do and how you do it?

A. As guest curator of Perth Festival Writers Week it’s my job to “curate” the writers’ festival component of Perth Festival. Yes, that’s a circular definition, but it isn’t always obvious. More precisely, I think about the kinds of themes and subjects I’d like to explore – some topical but not too much so as a lot can change in the 12 months between initial conception and final delivery – and then cast my net widely.
But if I’m being honest, a lot comes down to new releases and what the publishers are pitching. So those themes and subjects have to be broad enough to accommodate a variety of voices while still having some kind of focus. Or I need to be willing to change course mid-stream. I’m always reminded that a good chef often goes to the market, finds what’s freshest and then decides what to cook based on the ingredients to hand. This applies as much to the feast as to the individual dishes.

Other things to be aware of are budget and venue constraints, diversity, representation, children’s vs adult content and possible connections to the rest of the festival. It’s a huge, complex unwieldy beast with lots of challenges. Thankfully I work with a marvellous team, including PFWW producer Anna Kosky and Program Coordinator Georgia Landre-Ord. In fact, they do most of the real work and Make Things Happen. Which is a good thing, as I’m still a fulltime journalist at The West Australian and am generally pretty exhausted. Or maybe I’m just lazy.

Q. Can you tell us a little bit about the 2019 Perth Festival Writers Week?

A. So in reference to above, the central theme for 2019 is Our Imagined Selves. That is, how an imaginative approach to reading and writing literature both forms and informs us. I also wanted to have the feel of a ‘make your own adventure’ and so have ‘hidden’ sub-themes within each session that correspond to a Bildungsroman narrative, albeit fairly abstract: Self, Relationships, History, Imagination, Freedom. I don’t really care if anybody notices this; it’s really just a useful device to help me think about the form and content of the program.

Someone who personifies Our Imagined Selves is US queer academic madison moore, author of Fabulous: The Rise of the Beautiful Eccentric. To quote Harvey Young from the back cover, “Fabulous is an absorbing, engagingly written, and highly insightful study of how ‘beautiful eccentrics’ creatively self-fashion themselves to articulate identity, assert presence and reclaim power on the streets and in the nightclub”. Madison will be giving a late-night “performance lecture” at the State Theatre Centre’s Studio Underground. A non-traditional writers’ festival event in a non-traditional venue.

Where to go from there? We have so many fabulous authors, conversations, panel discussions, readings and breakfast, lunch and high tea events, taking place in the University Club of WA, the wider UWA campus and in other venues around town, including the City of Perth Library and the Literature Centre in Fremantle.
I don’t want to give too much away, but everyone likes a list. Other guests include Ben Okri, Anna Funder, Esi Edugyan, Benjamin Law, Markus Zusak, Peter FitzSimons, David Malouf, Trent Dalton, Gail Jones, Brenda Walker, Alice Nelson, Karen Foxlee, Fiona Wright, Rodney Hall, Hugh Mackay, David Stratton, Mikey Robins, Chloe Hooper, Sally Seltmann, Amanda Curtin, Andrew Miller, Helen Nellie – well over 100! We even have a focus on comics, graphic novels and their film adaptations, as well as a Zine Fair and photographic workshop for the whole family as part of our extensive Family Sunday program.

A. My main bookcases are at home, but I do have a lot of (mainly reference) books at work. Other places where books seem to congregate at home include on the stairs and next to the bed.

A. There are only three categories: fiction and large format coffee table books (stair well); non fiction (main bookshelves) and poetry (a dedicated bookshelf near the piano and TV!). 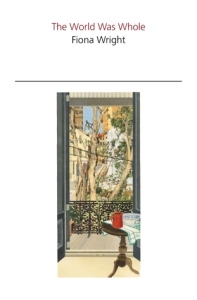 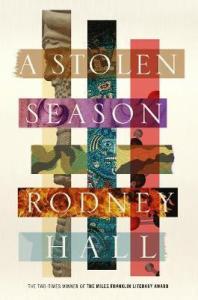 A. Perhaps unsurprisingly, I am reading books which are featured in PFWW 2019. David Malouf’s An Open Book (because I love poetry); Fiona Wright’s The World Was Whole (because I love essays); Rodney Hall’s A Stolen Season (because I love literary fiction). I am also dipping in and out of the new edition of Art: The Definitive Visual Guide (Andrew Graham-Dixon, ed), Marina Warner’s Forms of Enchantment: Writings on Art and Artists and Andrew Scull’s Madness in Civilization: A Cultural History of Insanity (the perfect book for our times). I’m always reading the latest New York Review of Books and London Review of Books too.

A. See above. They contain infinity, if that were possible.

Q. If you could sit down for afternoon tea with your three favourite characters or authors, who would they be, what would you serve them, and what would like to talk to them about?

A. None. I am a misanthrope.